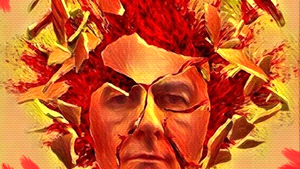 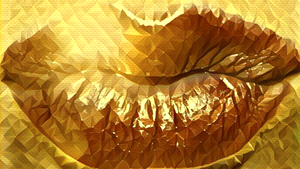 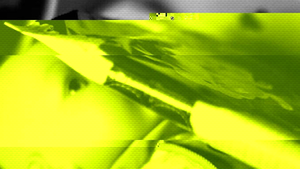 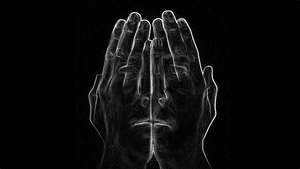 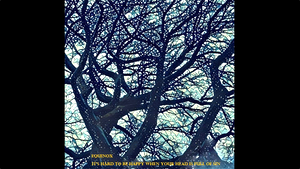 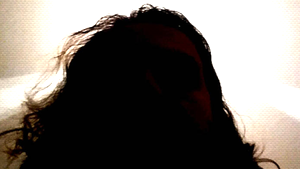 Poet Equinox has played a blinder with his debut album ‘It’s Hard To Be Happy When Your Head Is Full Of Sin’. His intense and dark spoken word has been set to music by a who’s who of up and coming artists, as well as the legendary Vince Clarke (Depeche Mode / Erasure/ Yazoo). The result is a compelling and eclectic release, with tunes that move your feet as well as your mind. His track ‘Kiss’ with Feral Five is a BBC Radio 6 Music Recommends pick from Gideon Coe, and further contributors include Snippet, deux furieuses, Nat Lyon and Jay Stansfield. We talked to Equinox about this incredible musical project.

Equinox’s album features a breathtaking sweep of musical styles, though the lyrical themes are similar - the agonies of mental health battles, interwoven with stories of love and devotion. No subject is too raw for Equinox to examine, from male suicide to prostitution.

When William Blake penned his often recited poem Jerusalem about the North West of England (more specifically East Lancashire) he could have unwittingly been setting the scene for the work of Equinox. Those ‘dark Satanic mills’ almost a metaphor for the depression that is prevalent within the poetry.

Yet in the same way that people find the joy in Joy Division, this album enthralls on many different levels, with tracks ranging from sleaze disco to dark ambient, punk and funk - the vocals delivered in the poet’s Mancunian tones that have been compared to the voice of Ian Curtis. In spite of the diversity, it’s a cohesive work, and Equinox’s own story is inspiring.

He has released a striking music video directed by Jay Stansfield for the ‘sleaze disco’ track ‘Kiss’ with Feral Five.

How long have you been working on the poems?

Some of the poems date back to my late teens which is around thirty years ago. I tried getting some published around that time and got a lot of rejection and took it quite personally, as I’ve got older I have realised that you shouldn’t give up on something that you believe in. With poetry, as with other arts, there really isn’t a right or a wrong way of doing something so if you think it is worth pursuing then you should.

Did you always want them to be set to music?

Deep, deep down, Yes! I was a teenager in the early/mid 80s and was heavily influenced by the synth era. I desperately wanted to be a huge popstar but soon found that I didn’t have the best voice and couldn’t play any musical instruments! My lyrics became my poetry, then last year Radio Europa asked me to recite my poem Josephine for their album tYdBxX which they added backing music to. It set my mind working on overtime.

Why did you call the album It’s Hard To Be Happy When Your Head Is Full Of Sin?

I’m quite a fan of the alternative hip-hop act Ceiling Demons and one of their songs, Sundays, ended with the line ‘It’s hard to be happy when your heart is made of tin’ which I adored. They agreed to me using it but I decided to change it slightly to reflect the mood of my poetry. The album follows a line of depression and depression related themes, as I’ve suffered from clinical depression all my adult life, and I thought the title summed it up perfectly.

How did you find the artists to work with?

I decided to approach artists that I had encountered over the last few years. Artists that I have the utmost respect for and that I admired. More importantly they were people that I trusted and was hopeful that they would help. I ‘talked’ to all of them over social media and they all appeared willing to help.

What brief did you give them, and did they all get the same one, even Vince Clarke?

The brief was very simple. I’d tell them I’d record words and then they were free to interpret in any way they wanted. There were a few that I had specific ideas for like Somebody Too with Rosie Bans and, I agreed with Vince that Goodnight Vienna should have a very dark ambient feel and I was keen for the music to completely stop after the line ‘we are I death’. Superhand initially asked if they could totally disassemble Gone which I thought was a great idea.

You placed a lot of trust in the artists, was it hard to make the leap and let go of your poems?

I was surprised how easy it was to be honest. Because I trusted their instinct I just let them go with their own feelings. There were very few changes to the tracks that came back, maybe just two or three, and that maybe confirmed that they were the right choices. I could always have not used them for the album if I didn’t like them, but everything seemed to gel.

What was your reaction to the tracks you got back?

Amazing. The first person I asked was Vince. I have a view of ‘you don’t ask, you don’t get’ and I thought what the hell, the worst he can do is say No. He said Yes almost straight away, he seemed very keen. He nailed it first time as far as I’m concerned but then he sent another version which he said he had tweaked. It took me five or six listens to see what the change was. He’s just a musical genius in my book.

The artists all have their own sound so it made for interesting end results. I was close to tears on some of them as the outpouring of emotion that had been put into the poetry came to life. I was very surprised with what Deux Furieuses did, I’m a big fan and adored their album Tracks Of Wire, and it was intriguing as to what a post-punk duo would do. The result is just an anarchic explosion to be played LOUD!

It was pretty basic from my point of view. I recorded into a high-quality recording app and sent to the artists. For my amateur ears, they all sounded great but Superhand mastered everything to get it spot on.

Was it difficult to create a cohesive sound for the album with so many different artists involved and how did you decide on the track order?

You’d maybe think so but it just seemed to happen by itself. I knew which tracks I wanted to start and end the album. Help Me Please with Ashley Reaks gave a brief introduction to the album with almost a sense of remorse and regret. With Belief, Will Harris made a perfect end, sounding like the trials were over, that I had found an answer. It seemed an ideal finale right from the first time I heard it, it’s very peaceful and calming after the turbulence of the album. I also tried to alternate between slow and faster tracks and I found, partly by coincidence that the words seemed to tell a story. I think any cohesion has happened because I’m not singing and the tones of my voice are constant.

What kind of feedback have you had so far?

Excellent! Some great reviews and a lot of airplay on some independent stations though I’d love more of both! Sweet Rose which featured Radio Europa has been played by Steve Barker on BBC Radio Lancashire’s On The Wire which is a huge thrill as I’ve been a fan of the show for over thirty years! People have been very positive and very kind.

What are you planning next, will there be a live show of the album?

Wow. I’d love to have some plays on mainstream radio and maybe features in a magazine. That would really be awesome. The limited cd has sold out and we’ll see where that takes us or if we need to press another run. I have an EP ready which I made with Pulco that still has to see the light of day, and maybe that will come out over the next few months. I’ve spoken to Feral Five about possibly doing a video for Kiss which was the lead track and has gone down as absolute storm, so we’re working on that now. Live shows? There are nineteen people that perform on the album so logistically, it could be an issue! No real plans but if anyone has any ideas how it would work then I’m open to suggestion! Longer term I’d love to do another album but it will need a lot of thought as to how I go about it. Maybe this album is an enigma.

I’ll carry on plugging the album for as long as I can. It’s taken me thirty years to make so I think I am justified in giving it my best shot!