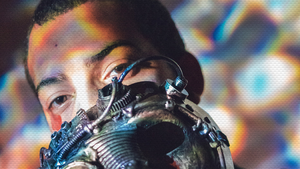 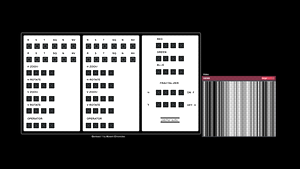 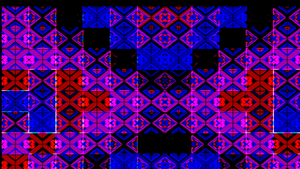 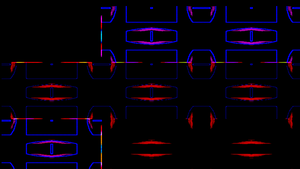 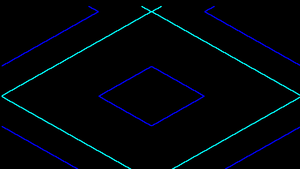 Absent Chronicles aka Danny de Vlugt is an acclaimed musician, producer, audiovisual artist and innovator, who is working in Artificial Intelligence, immersive installations, and has created an A.I. tool for the trumpet.

We talked to him to find out more about his work, how he got started in music and Artificial Intelligence, and also ask for some tips. We’ve a feature, and a full podcast interview for your listening pleasure, and you can check out his new single Cherrybelt too.

Artificial Intelligence for sounds and visuals

We had a great conversation with Danny about his journey from being a classical musician through to an innovator working in A.I. and other technologies.

Danny started out in music at the age of seven, playing the trumpet when he was living in a village where the children all learned an instrument. He played in orchestras and then began DJ-ing and producing and eventually creating interactive art installations and A.I. tools.

He was recently invited to showcase his innovative work as Absent Chronicles, with a performance for Dutch Design Week, which features him on trumpet and his A.I. tool ‘Genleact 1’ in action creating sounds and visuals. He told us:

The tool I’ve built translates audio into visuals, using various calculations. On top of that, it interacts with (in most cases) me playing the trumpet.

Based on parameters like timbre, pitch and dB levels, it decides what part of the backing track comes next and which elements to add/leave out in the next section. The performer is able to control all of these parameters, inputs and calculations, in case the A.I. heads in a direction the performer doesn’t like

It’s basically an extra hand for the performer, with a built-in autopilot in case the performer’s too busy to manually interact with the track and visuals. The tool uses various building blocks delivered by the performer beforehand, but for the next version I’m working on it’ll generate musical material out of nothing.

Danny says that when he first started working in A.I., he cut his music into pieces and ‘fed the machine’ with a lot of material. We asked him how he has set things up to make sure the A.I. doesn’t completely take over.

I’m using a lower form of intelligence just to make sure it’s not thinking too much.

I also have a built-in kill switch so if anything would get out of hand, in terms of for example the distortion, I can just cut it on the spot.

Looking ahead, he predicts that A.I. will be increasingly used in music production, but not from start to finish.

I don’t think you’ll press a button and it will generate a hit song.

Starting out in Artificial Intelligence

Danny’s got some tips, and encouragement, for people who want to get into music tech or try out A.I., you can hear them in full on the podcast.

If you want to make an A.I. tool, then just start with a tool you can download and feed data, and if you want something custom you can take it a step further, there’s a lot of information online. You can do a lot of cool stuff for people without crazy technological knowledge.