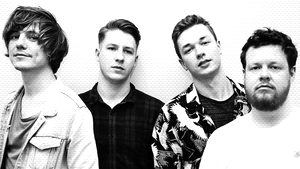 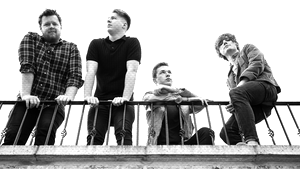 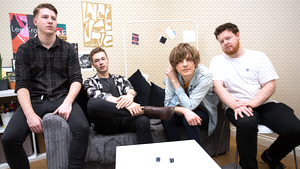 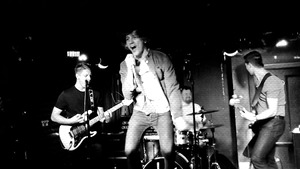 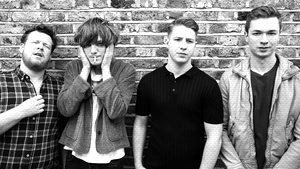 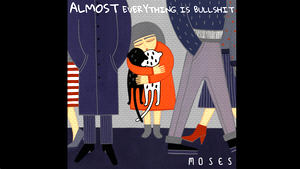 M O S E S are a Kitmonsters live favourite, with instant earworm tunes and massive rock ‘n’ roll energy. Their blistering debut album ‘Almost Everything Is Bullshit’ bursts with passion, swagger and anthems. The band are Victor (vocals), Luke (guitar), James (bass), Matthew (drums) and we caught up with the powerhouse that is Victor to find out how it was made. The album is out now on AntiFragile Music.

Debut album - Almost Everything Is Bullshit

M O S E S are a dream band, with perfect rock ‘n’ roll tunes, blistering live sets, instant audience connection, and the ability to catapult you straight into their world and experience everything from joy to heartbreak. It’s no wonder that they have so many influential people championing them - once you’ve heard a M O S E S chorus you won’t forget it.

Their debut album captures the raw energy and emotion with soon-to-be-classic tracks that range from the singalong ‘River Thames’ to the more emotional ‘Who Needs The Money’, and it’s produced by legendary producers. So it was great to be able to talk to the whirlwind of a frontman Victor about how the record was made,

It’s a knockout album with a fierce title – what inspired the title and the songs?

It’s the world in general, to be honest.

We just wanted to attack this matter of bad things happening every day, from a positive perspective. Not everything is bullshit: There is always that “almost” that should keep us going - no matter what!

Where and how did you record it?

We recorded it over the last two years mainly at the Magic Garden Studios with Gavin Monaghan (Editors, The Sherlocks, The Blinders) except for two songs; ‘Cause You Got Me’ and ‘River Thames’ which were produced by Gil Norton (Foo Fighters, Pixies etc)

What were the best moments of that time, and also the challenging ones?

We have loads of nice memories and also many challenges, the main challenge was to keep this band going. During this period we were going through some far-from-good-things. We pulled through them. We can truly say we’re happy (and proud) that we did this - and the album is out!

Did you experiment and try new things out when you were doing the recording?

We consistently tried new things, especially in the first phase which is writing. We always want our songs to be different. Not to have an album with variations of one song because history is made this way.

‘An album as autobiography’

Most of the time it’s a melody thats ignites the fire - then we meet and finish it. I’m obsessed with melodies. People will probably notice this listening to our LP!

The album is an ear-worming mix of positive anthems and also emotional more reflective songs set against a sharply-observed backdrop of city life. How do you write your lyrics, and do you sometimes feel like an outsider observing?

It’s life and what affects me, mainly.

For example, I was working as a waiter and I was so angry and lost when I interacted with this girl. She looked at me in such a patronising way as I was carring a plate. I remember that I started to sing “can you meet me later cause now i’m just a bloody waiter”…

‘Cause You Got Me’, is about my best friend that is always there for me, no matter what. And so on with every song. An album as an autobiography!

We’ve seen M O S E S live quite a few times – it’s always an amazing show with ferocious energy, and people swept up in the sound, singing along. How do you create that instant connection?

I don’t know. It’s just there. You have no idea how beautiful that is from our our perspective.

You have very distinctive artwork – who is the artist you work with and how did that come about?

It’s an amazing beautiful artist from my home town Bucharest. Her name is Ana Banica and she’s just wonderful. We are so grateful for having our art made by her!

Who inspires you musically, and what is your musical background?

I started early. Since i was nine, I was singing in the school choir and then step by step I began listening to rock and roll music, then playing in bands. I then moved to London the home town of my favourite band - The Clash - to try to make it, doing what I love most - music!

What is your go to music gear for writing and performing?

I’m a very old-school front man, meaning i do not play any instruments on stage and I love it! My main gear is my mic a Shure Beta 58 and for writing everything that helps me get that melody out via Logic Pro; acoustic guitar, keybords, anything really. As weird as it may sound, I do not have an electric guitar - yet as MOSES, we are a Fender kinda band :)

It must be hard releasing an album during lockdown. How have you had to change your plans?

It was a tough decision indeed but we and our label (AntiFragile Music, New York) decided to keep the release date as it was: 17th April. We strongly feel that we can bring people a little bit of hope and positivity through our music.

What are you up to next?

To be honest we don’t know at the moment. Always writing, of course, but let’s wait and see what the future holds for us. Something big I hope :)

Stay safe and don’t forget: Almost everything is bullshit!!!
Thank you!